Electronic Surveillance : A choice between privacy and national security

Electronic Surveillance or Mass surveillance is the practice of spying on an entire, or significant part of a population. It can involve anything from CCTV monitoring and email interceptions, to wire-tapping and computer hacking. Often, electronic surveillance is carried out by the state but it can also be carried out by corporations, either on behalf of government or on their own initiative.

In December 2016, the United Kingdom enacted a law, the Investigatory Powers Act, giving it unprecedented authority to gather private citizens’ data. This Act requires communications service providers to store up to 12 months of user’s browsing history and phone data for potential review by law enforcement. The law also empowers intelligence officials to monitor residents’ communications and even hack their correspondences if the Secretary of State grants a warrant to do so. This is the first surveillance setup of its kind in the democratic world. No other European country, Canada, Australia or the United States has legal obligation to retain digital communication records for that amount of time. Under this legal structure the U.K. government can now make demands from private companies that are not different from those made by repressive governments like China or Russia. This wide-reaching and excessively intrusive law which legalizes electronic surveillance undermines digital privacy and privileges national security. It is very likely that the United States could look to the United Kingdom’s new law as a model for expanding electronic surveillance.

However, in a judgment handed down in Luxembourg in December 2016, the European Court of Justice severely condemned the British government’s mass surveillance powers and declared that the “general and indiscriminate retention” of data about people’s communications and locations was inconsistent with privacy rights. The court stated that the “highly invasive” bulk storage of private data “exceeds the limits of what is strictly necessary and cannot be considered to be justified, within a democratic society.” But as the UK has voted to leave the EU, it may not be worried by the court ruling. The British government will have the latitude to enable police and spy agencies to access vast amounts of data on people’s internet browsing, instant messages, emails, phone calls, and social media conversations.

\Electronic surveillance is the monitoring and collection of digital footprints left behind by people. This can be done in a large variety of ways, from following someone on CCTV to reading text messages, sifting through internet browsing history and social media or even secretly activating webcams or microphones to spy on people.  Government in several countries is collecting information on millions of citizens. Phone, Internet, and email habits, credit card and bank records—virtually all information that is communicated electronically is subject to the watchful eye of the state. For the effectiveness of governmental apparatus, knowledge is power. Many governments, therefore, justify electronic surveillance for the purpose of collecting as much information as possible to keep their citizens safe from harm or to keep order in the country or to prevent «terrorism». However, many of the data collected about people’s personal lives can be used nefariously against the people. During the Arab Spring, for example, governments used electronic surveillance to keep track of protesters and other dissidents. Many people were arrested as a direct result of their digital movements, which made them easy targets for law enforcement and intelligence agencies.

Email is extraordinarily vulnerable. Messages “travel” through a number of different channels before their arrival to the intended recipient. At any one of these channels, an email can be intercepted and its content viewed. If your email is not encrypted, the content of your messages is at its most vulnerable in terms of being viewed by a third party. Email messages can be intercepted and then reformatted to be sent to the intended recipient or someone else altogether.

This kind of interception is called a “man-in-the middle-attack.” Email addresses can be disguised as another person or organization in a process called masquerading. A more invasive and insidious form of disguise is spoofing, in which email addresses are actually forged. An unknown third party, such as private security firms or government agencies or everyday Internet users can disguise themselves with the help of websites and extract information from intended recipients. Likewise, Triggerfish is a technology that mimics a cell phone tower, picking up on a cell phone’s signal and essentially, through a man-in-the-middle attack, intercepts calls and reveals numbers dialed and received, locations, and other information that can pinpoint the identity of the cell phone user.

Track what people do

Intelligence agencies and other governmental departments are responsible for most widespread electronic surveillance. They have the resources and capabilities to track large groups of people, either within their own country or outside of it. Besides governments, there are also a lot of companies who use the Internet to track what people do. This collection of large swaths of data will then be used in different ways to generate revenue for the company, for example, by providing other companies with the browsing habits of people so that advertisements can be targeted more accurately towards these tracked people. Many companies also use electronic surveillance as a way of keeping track of what their employees do during working hours.

Europe’s ability to continue to take the moral high ground of protecting privacy is rapidly declining. In recent months, and in the wake of a series of terrorist attacks across Europe, Germany,
France and the United Kingdom have passed laws granting their surveillance agencies virtually unfettered power to conduct bulk interception of communications across Europe and beyond. Across Europe, from Poland to Austria, from Italy to Sweden, parliaments have been adopting expansive domestic and foreign surveillance legislation in recent months and years. This wave of legislation, pushed by populist agendas and public outrage in the wake of recent terrorist attacks on European soil, is a flagrant disregard to decades of jurisprudence by the European Court of Human Rights and more recent jurisprudence by Court of Justice of EU, and it puts in danger privacy protections across the European continent.

Electronic surveillance is in expansion across the world, although its penetration and coverage vary from country to country. If this trend continues, the privacy enjoyed by humankinds up till now will become a by-gone matter for future generations. 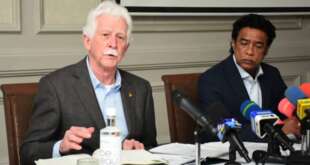 The present generation is facing an unprecedented problem of mismatch between over-education and underemployment where even an advanced degree cannot protect some young graduates from tumbling down the economic ladder.