Zakaat free Muslims from the love of money

In Arabic,  Zakaat  literally means “purification”, because Zakaat is considered to purify one’s heart of greed. Love of wealth is natural and it takes firm belief in God for a person to part with some of his wealth. Zakaat must be paid on different categories of property — gold, silver, money; livestock; agricultural produce; and business commodities — and is payable each year after one year’s possession.  It requires an annual contribution of 2.5 percent of an individual’s wealth and assets.

Like prayer, which is both an individual and communal responsibility, Zakaat expresses a Muslim’s worship of and thanksgiving to God by supporting those in need.  In Islam, the true owner of things is not man, but God.  Acquisition of wealth for its own sake, or so that it may increase a man’s worth, is condemned.  Mere acquisition of wealth counts for nothing in the sight of God.  It does not give man any merit in this life or in the hereafter.  Islam teaches that people should acquire wealth with the intention of spending it on their own needs and the needs of others.

“‘Man’, said the Prophet, ‘says: My wealth!  My wealth!’  Have you not any wealth except that which you give as alms and thus preserve, wear and tatter, eat and use up?”

The whole concept of wealth is considered in Islam as a gift from God.  God, who provided it to the person, made a portion of it for the poor, so the poor have a right over one’s wealth.  Zakaat reminds Muslims that everything they have belongs to God.  People are given their wealth as a trust from God, and Zakaat is intended to free Muslims from the love of money.  The money paid in Zakaat is not something God needs or receives.  He is above any type of dependency.  God, in His boundless mercy, promises rewards for helping those in need with one basic condition that Zakaat be paid in the name of God; one should not expect or demand any worldly gains from the beneficiaries nor aim at making one’s name as a philanthropist.  The feelings of a beneficiary should not be hurt by making him feel inferior or reminding him of the assistance.

Money given as Zakaat can only be used for certain specific things.  Islamic Law stipulates that alms are to be used to support the poor and the needy, to free slaves and debtors, as specifically mentioned in the Quran (9:60).  Zakaat, which developed fourteen hundred years ago, functions as a form of social security in a Muslim society. Most Muslims in the West give  Zakaat through Islamic charities, mosques, or directly giving to the poor.  Money is not collected during religious services or via collection plates, but some mosques keep a drop box for those who wish it to distribute Zakaat on their behalf. 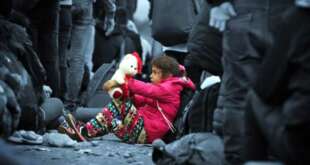