Like so many Mauritians here, we have been deeply touched by your words of support, sympathy and solidarity. We are heartened by your concern for what struck us on that fateful 25th July 2020. Unprecedented indeed, probably nothing of that magnitude and nature ever happened here since the extinction of the last dodo. But this time global information and communication technologies are here to make a marked difference…

From the famous New York Times to the lesser known Brattleboro Reformer, a local newspaper in Vermont, United States, Mauritius has been in the media limelight everywhere as never ever before. On social media, countless videos and other posts refer to the Wakashio disaster, bringing up a wave of empathy and admiration for the island as well as its people. But also great dismay and fury.

But let me reassure you in reply to a few questions you’ve raised. Firstly, Ile aux Aigrettes has not disappeared, not yet anyway. Just like for the Blue Bay Marine Park, the proactive endeavors of so many volunteers supported by local NGOs have saved us from a far worse situation. The rest of the island is much intact. At least, from the sequels of the oil spill but not from ongoing daily deterioration.

Much of the anger you witness these days on the internet and in the media is probably an overspill of things that have gone bad since the beginning of the year. Of course, COVID-19 is still in our worries although Mauritius is closed and safe at this stage, but then there were other scandals like the infamous St Louis Affair that have added to a sense of revolt. By the way, the latter case seems so far away now, as if forgotten. Are we facing some cumulative frustration, both real and artificial, blown up by poor public opinion management? The bubble may burst if the authorities fail to diffuse the situation promptly…

In the 15th August 2020 issue of TIME magazine, a release taken from Associated Press carries as headline ‘Stranded Ship Off Mauritius Coast Breaks in Two, Spilling Tons More Oil Near Protected Ocean Waters’. Moreover, we read ‘ The grounded Japanese ship that leaked tons of oil near protected areas off the Indian Ocean island nation of Mauritius has split apart, officials said Saturday, with its remaining fuel spreading into the turquoise waters’.

My point is not just that there has been, so far,no further spilling of remaining ‘tons more oil’, including according to the official version, but that the media attention around the Wakashio should open the way for a sustainable future for Mauritius and the islands within the Republic bearing the same name.

Never before has so much focus been cast through mass and social media on our islands-state. As much as there is a need to clean up the mess provoked by about 800 metric tonnes of heavy fuel oil spilled mostly around the South-East coastline, as much there a need to ensure that the remaining parts of the islands as well as the outer islets suffer from no further damage on a continuous basis from other sources. Sustainability is not to be limited to the Wakashio disaster. For instance, every year, Mauritius imports more than 1 million metric tonnes of petroleum products as well as around 700 thousand tonnes of coal, both responsible for local pollution as well as globalgreen-house gas emissions.

In concrete terms, several measures are needed within an integrated shared vision to ensure the long-term protection of our country, listed amongst the most vulnerable to climate change. To mention a few, the Government must abandon its hazardous project for a petroleum hub and for liquefied natural gas (LNG) introduction in order to zoom instead fully on renewable energy and energy efficiency promotion. The contrasting pictures of the oil spill in the ‘turquoise waters’ can only remind us of the untapped potential of clean solar, wind and ocean energy.

Another much-awaited decision in the post-COVID-19 era is the re-engineering of our tourist industry towards ecological practices. The target of accommodating two million tourists annually is meaningless today with the pandemic. The lockdown saw major regeneration of natural ecosystems and a similar care may be needed after the oil-spill. So far, our Republic including the islands of Mauritius, Rodrigues and Agalega are COVID-safe and the Wakashio wreck should trigger a willingness to build back better a blue-and-green hospitality service sector, integrating the added value of sustainable in-land tourism, not just that around the beaches. The resourcefulness of the Mauritian multicultural population united against the oil spill has warmed the hearts of lots of people around the world. Their legendary welcome of tourists as well as the natural beauty of the country should remain our cherished assets.

Like COVID-19 everywhere in the world, or the recent Beirut explosions, the oil spill has only highlighted the dysfunction of our various systems and institutions, here and abroad. Those who are poorest and most vulnerable in all these cases are paying the higher costs. Let us hope and pray that there is a new consciousness that more than haphazard fragmented responses in the face of calamities, what is required is a holistic transformation, motivated from bottom to top rather than top-down. Else, we will move from one crisis to another, the weakest suffering each time the direst impacts.

Also there are lessons to learn from these harsh times. For example, some key decision-makers failed to differentiate between risk and vulnerability. A minor risk becomes serious if the vulnerability is significant, like when we lack the resources and means to mitigate impacts. There are also fresh opportunities to boost both bilateral and international cooperation, not just in terms of technology transfer but also in know-how. The Japanese who suffered from Hiroshima and Nagasakimight be willing to accompany our island’s recovery, and beyond, if at the highest level we establish personal contact with their Government. Even the British authorities against whom we are pitted claiming our sovereignty on the Chagos Archipelago showed their good-will by assisting us withexperts. En passant, the BBC journalist interviewing our Prime Minister mentioned that Mauritius has a huge Exclusive Economic Zone of 2.3 million square kilometers, implicitly recognizing our claim on the Chagos.

Let us turn threats into opportunities and looking forward to see you soon here, God willing. 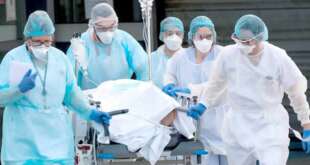 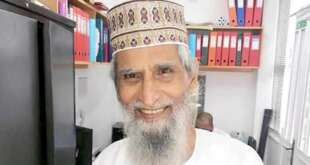 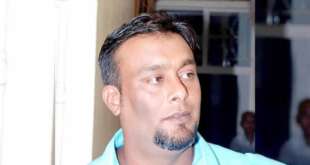 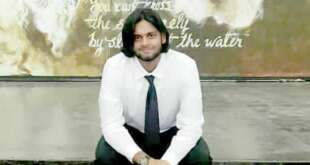